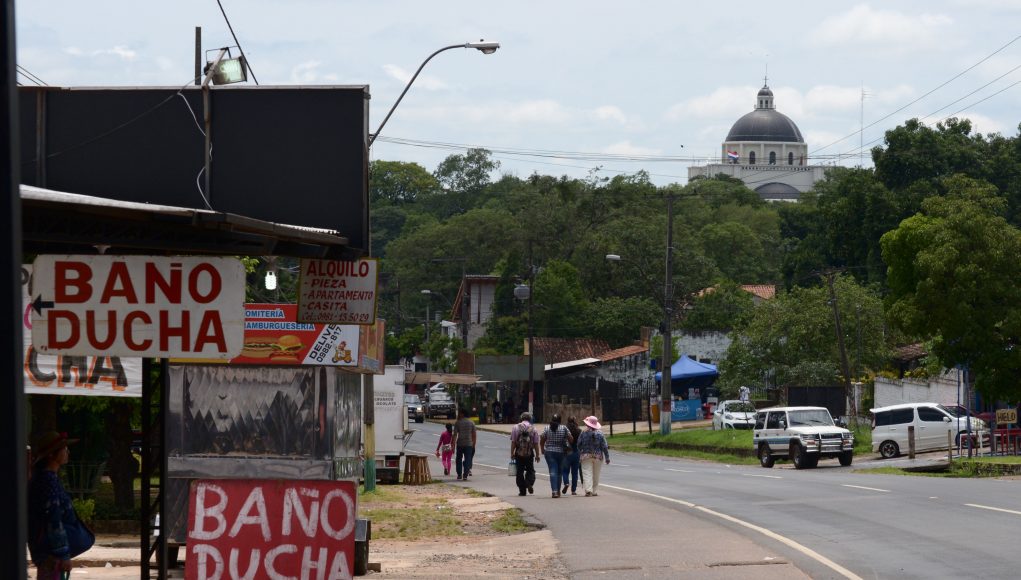 In Paraguay December 8th is celebrated as the day of the Virgin of Caacupé. It is one of the most important religious holidays in Paraguay. Every year thousands of Paraguayans make the pilgrimage to Caacupé honoring promises made to the Virgin. Pilgrims make their way to the main plaza in front of the Basilica de Caacupé, staking out spots to rest and attend the religious ceremonies being broadcast over loudspeakers. Masses are held throughout the night culminating in the main mass at 6am. As the eyes of the nation are on Caacupé the event becomes a stage for political sermons, national headlines, and even a draw for many advertisers and vendors hoping to capitalize on the large crowds. In fact, “Caacupé function” is Paraguayan slang for any crowded event.

For many the pilgrimage is not an easy one. Most make the pilgrimage on foot, although some pilgrims coming from far away ride bicycles or even travel in horse or ox-drawn “carretas” (wagons). A traditional departure point for Asunción´s pilgrims is Ypacaraí, about 20 kms away. For the most part the pilgrimage takes place along Rt. 2 – unfortunately this is already a very busy road with a narrow shoulder. Moving vehicles and long distances are not the only obstacles pilgrims must face – there´s also the weather. Last year pilgrims made the journey under the blazing sun ( the extreme heat drove me to walk to Caacupé in the middle of the night). This year pilgrims have been showered with intermitent rains. Add to that the fact that most walk in flip flops and it is easy to see why there are advertisements for pain relievers all along the roads to Caacupé!