This post was inspired by the cinematic debut of ” Latas Vacías ,” a Paraguayan movie (shot in Coronel Oviedo) about the discovery of “plata yvyguy.” It is showing the 29th and 30th of September as part of the International Film Festival (see full lineup here ).

Many Paraguayans believe in the existence of “plata yvyguy” or buried treasure. “Plata” is Spanish for both money and silver and “yvyguy” is a Guarani word that means under the earth (yvy = earth guy = under). Any number of supernatural occurrences such as strange lights hovering over a particular spot, symbols on the ground, and ghostly noises, are said to indicate the existence of “plata yvyguy.” This is such a common myth / belief that ads for metal detectors in the classified section of most newspapers almost always includes a reference to “plata yvyguy.”

But where did all this treasure supposedly come from? There are four main sources of supposed “plata yvyguy” that keep fortune seekers (known as “plata yvyguy rekaha”) going and metal detector salesmen in business. One dates back to colonial times while the other three have their historical roots in the Triple Alliance War (waged from 1864-1870 this is one of histories most brutal and little known conflicts ). 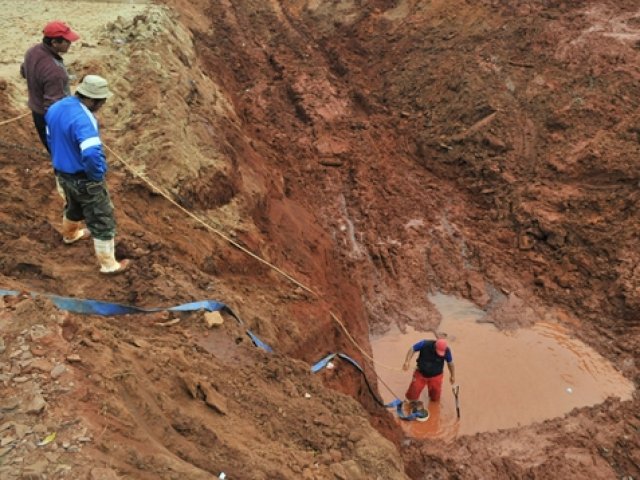 During the 1600′s and 1700′s the Jesuit missions of Paraguay were an economic powerhouse producing massive quantities of cash crops such as cotton, tobacco and yerba mate. There are rumors that much of their large fortune (amassed in the form of gold ingots) was buried upon the order’s expulsion from Paraguay in 1773. People still speak of secret tunnels and buried treasure. Unfortunately this lead to the destruction of many decorative elements from the missions such as stone statues in the mistaken belief that they were filled with gold.

According to legend, upon realizing his inevitable defeat by Triple Alliance forces Mariscal Francisco Solano López ordered the secret burial of a large sum of gold belonging to the state. Some say this occurred in Asuncion, others in the Cordillera Department, and yet others believe it is in the Cordillera de Amambay. Over the years there have been several frenzied searches for the treasure include one under the train tracks in Asuncion in 2013 .

The second supposed source of Triple Alliance War era treasure is the personal fortune of Madame Eliza Lynch, the much maligned Irish mistress of Mariscal López (and one of the most fascinating characters in Paraguay’s history). Perhaps it is her spectacular rise and fall from grace that keeps the rumors flowing; despite having been one of the most powerful women in the country she returned to Europe penniless after the war. Where did her riches go? This question has propelled fortune seekers to continually search any and every home and site associated with Lynch. 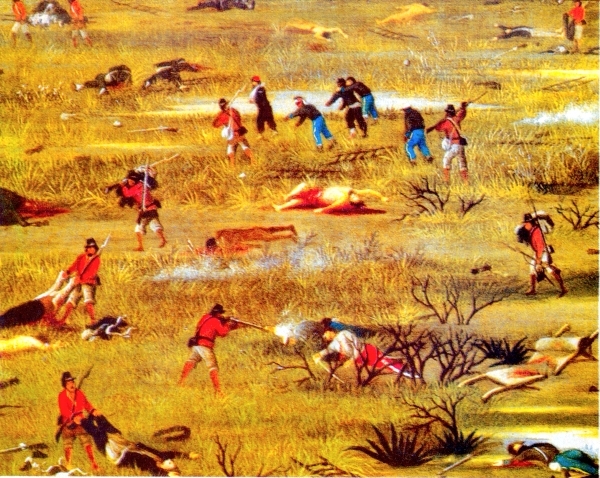 The last source of “plata yvyguy” is more humble, but also the most likely to be true and worth searching out. As the war raged on around them many families chose to flee their homes. They took with them only the bare necessities, burying many valuables in boxes and ceramic water jugs (known as “kambuchi”). Many families perished during the war. Others managed to survive but upon returning to their homes found Triple Alliance forces occupying their property. As such they were unable to reclaim their belongings. It is thought that many of their riches still lay buried throughout Paraguay.

Want to learn more about “plata yvyguy”? The Paraguayan TV show “Sombras En La Noche,” which features Paraguayan myths and legends, has several episodes about people searching for “plata yvyguy” on its website . And remember to ask your neighbors and friends about it. “Plata yvyguy” is a great conversation starter in Paraguay!

Do you know any stories about searching for (or finding) “plata yvyguy”? If so share them here or on the Discovering Paraguay Facebook page !