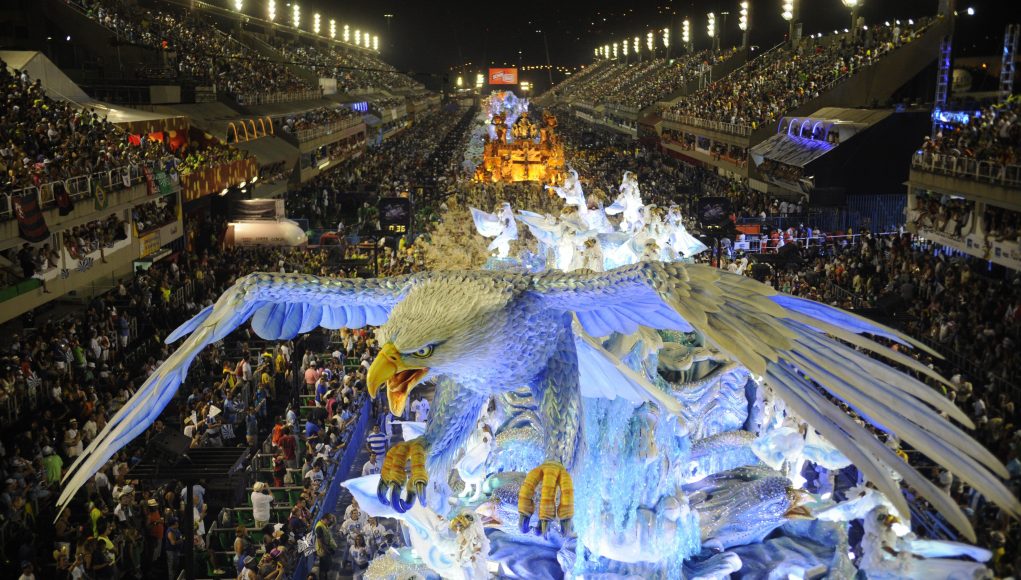 Time to grab your glitter, beer, and dancing shoes, it´s Carnaval season! Don´t know much about Carnaval? In a nutshell Carnaval is a large parade in which various “comparsas” made up of musicians (mostly percussion), themed floats, and costumed women, dance to a Brazilian samba beat. The “comparsas” compete for popularity with the crowds and a chance at winning various prizes at the end of Carnaval season. Some people do it for the gold (this year 1.5 billion Guaranies, about US$320,000, in prize money is at stake in Encarnacion’s Carnaval). Others for the glory (one of the most sought after prizes is to be declared the Queen of Carnaval). Spectators take in the show from bleachers lining the parade route. They cheer on the “comparsas” while dancing, drinking, and spraying foam and glitter at each other and generally embodying the “let’s get all our sinning done now before we have to tone it down for Lent and Holy Week” spirit of Carnaval.

If you’re having a hard time picturing this think about New Orleans’ Mardi Gras but with institutionalized nudity amongst Carnaval performers and less impromptu nudity among Carnaval spectators (and replace Mardi Gras music with samba). For the full rundown on Carnaval check out this post.

The country’s largest Carnaval festivities take place in the southern city of Encarnacion. This year’s “Carnaval Encarnacena” has a special significance because the parade route, known as the “Sambódromo” has been relocated to the newly inaugurated Costanera boardwalk. However if you can´t make it to Encarnación there are smaller Carnaval celebrations throughout Paraguay, from Asuncion, to Villarica and Caacupé.