The popular Fiesta de San Juan, a patron saint festival celebrated throughout Paraguay, takes place on June 23rd.  The Fiesta de San Juan is known for firey games, fund raising, and typical dishes. The foods of San Juan are Paraguay’s equivalent of state-fair foods, both unhealthy and irresistible. Of course, you don’t have to wait for San Juan in order to satiate your craving for delicious fried food. Here are a couple of Paraguay’s favorite fried foods, as well as the Guarani word for “fry.”

Bread is almost always offered as a side to empanadas. Some Paraguayans even joke about eating empanadas between two pieces of bread – an empanada sandwich! 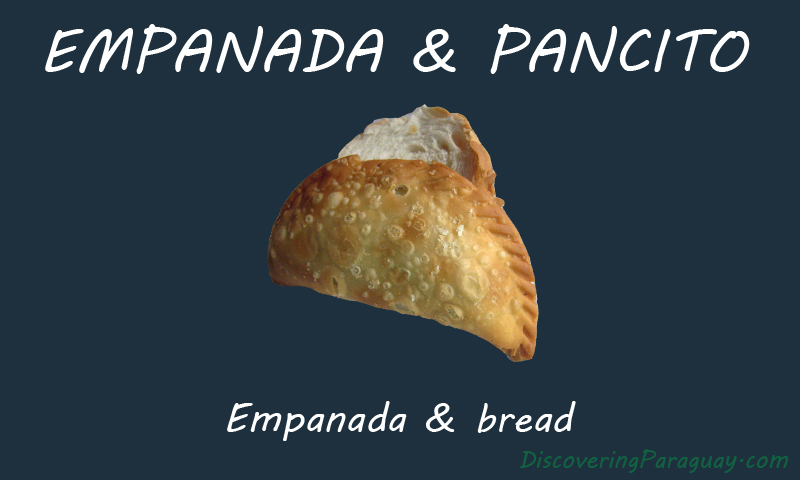 Milanesas are known to many as schnitzel, chicken fried steak or breaded cutlet. You can sometimes find pork milanesas (milanesa de chancho) but beef (milanesa de carne) and chicken (milanesa de pollo) are the most popular.

Paraguayans really know how to fry an egg. First they fill their skillet with a generous amount of oil. Once the oil is hot the egg is added. Instead of flipping the egg they tip the pan and spoon hot oil over the top of the egg. This results in an egg with crispy browned edges and soft runny yolk. Foodies will get a kick out of doing this with a fresh egg (huevo casero).

Pireca, is a basic fried dough of flour and oil/lard. In neighboring Argentina these are known as “tortas fritas.”

In addition to regular empanadas Paraguayans also enjoy empanadas with dough made from mandioca (yucca/cassava) starch. The dough is about a centimeter thick and very soft, even after being fried.