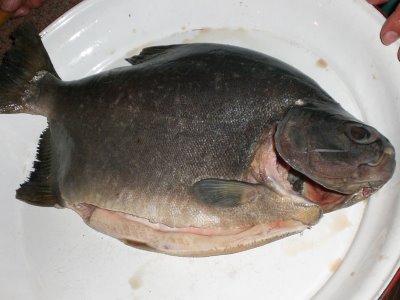 Money, cash, dough, it makes the world go round. In Paraguay the slang for money is “pirá piré” which literally means “fish skin.” Some people say it is because money is shiny like coins, others because fish scales were once used as money by indigenous tribes and yet others that it is because bills are crisp like fish skin. The last one seems particularly bogus since I have yet to see a crisp note in Paraguay.

If something costs a lot of pirá piré you can exclaim “hetá pirá piré!” (lots of money) or say it is “hepy” (“he” from hello and “poo”) which means expensive. If it is really pricey you can say “hepy etereí!” These are all good bargaining tactics (as is asking for a yapa ).