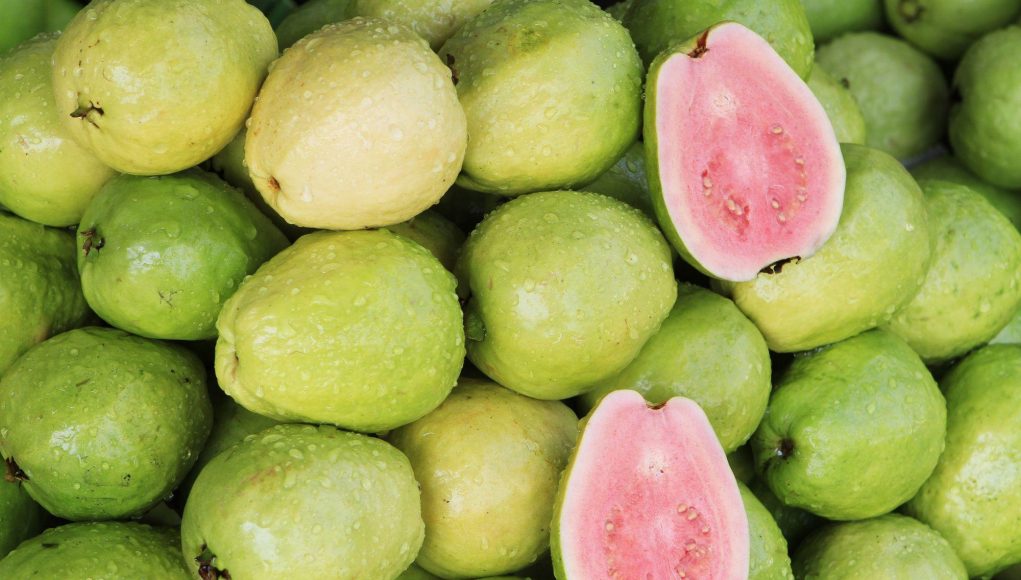 In many parts of the world guava is considered an exotic fruit, available only in specialty stores. In Paraguay guavas are so common and readily available that most stores don’t even bother stocking them. Here they are named “guayaba,” pronounced “gua” (guacamole) “ya” (y’all) “ba” (balm). 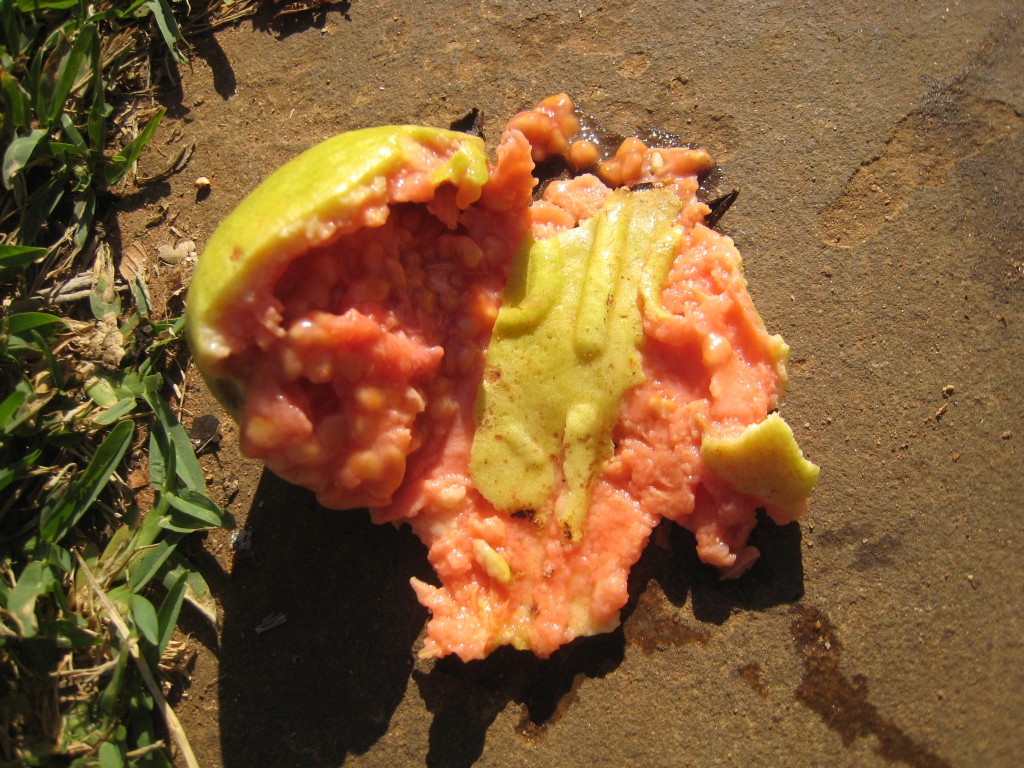 “Guayabas” grow on trees, starting off as small green fruits. As they mature the outer skin turns pale yellow. Guava season is at its peak in the summer, between January and March. Ripe guavas fall from trees and split open, revealing their pinkish interior. Eaten raw they are sweet and a little tart at the same time. As tempting as it can be to sit under a guava tree stuffing yourself with guavas, take caution. As well as being delicious, they can be quite constipating. 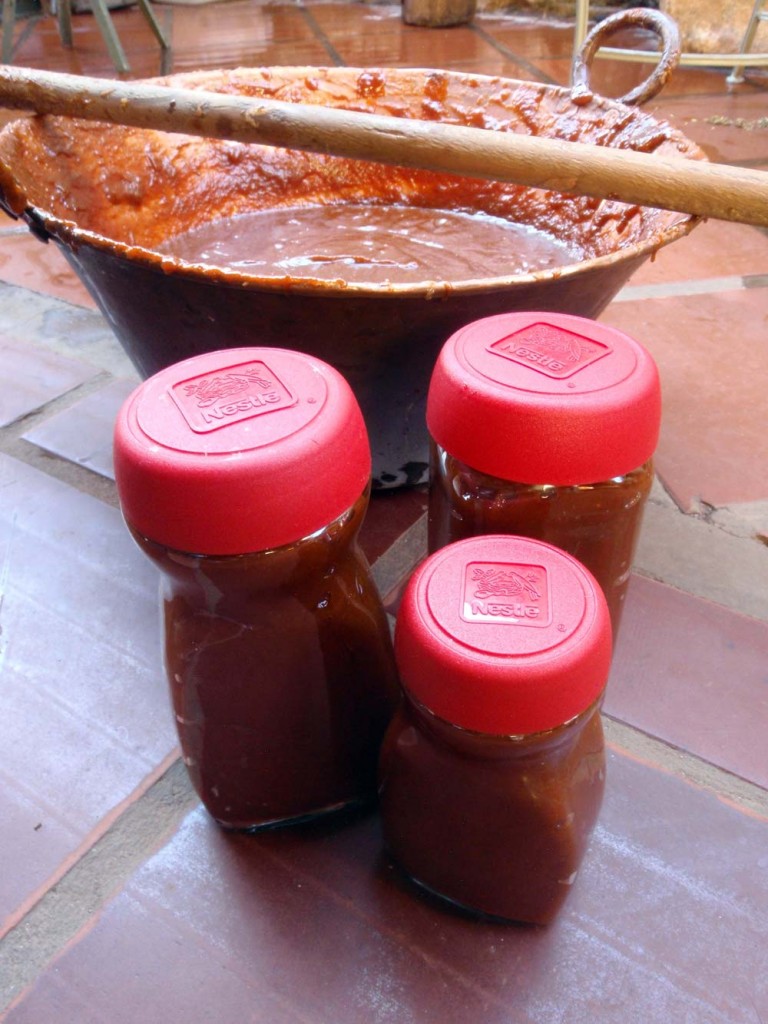 The most popular way to eat guava is in the form of “dulce de guayaba” or guava jam. Making “dulce de guayaba” is an arduous process. Ripe guavas are boiled until soft, blended and then strained through a sieve to remove the small hard seeds. The guava purée is then boiled down, along with generous amounts of sugar, until it thickens and turns from light pink to a deep burgundy. This is a process that takes several hours and requires lots of stirring. As the thickened mixture bubbles it often spatters little hot blobs of guava into the air. People who make “dulce” on a regular basis have several battle wounds on their legs and arms to show for it.

“Dulce de guayaba” is served as a dessert either spread on a piece of bread or accompanying a slice of fresh cheese. Some find the combination of sweet guava jam and cheese delicious, but for many foreigners it is an acquired taste (it helps if the cheese, most often “queso Paraguay,” is fresh and not yet pungent).

The fruit is not the only useful part of the guava tree. Paraguayans often use the leaves of the guava tree, known as “hoja de guayaba,” for medicinal purposes. The leaves are said to have astringent and healing properties. Some people steep guava leaves in hot water and use this tea to wash wounds (when cooled, of course). “Hoja de guayaba” is also excellent for sore throats. If you catch a cold over the winter keep this popular home remedy in mind: Simply boil guava leaves in water and then use the water to gargle (some like to add salt as well).