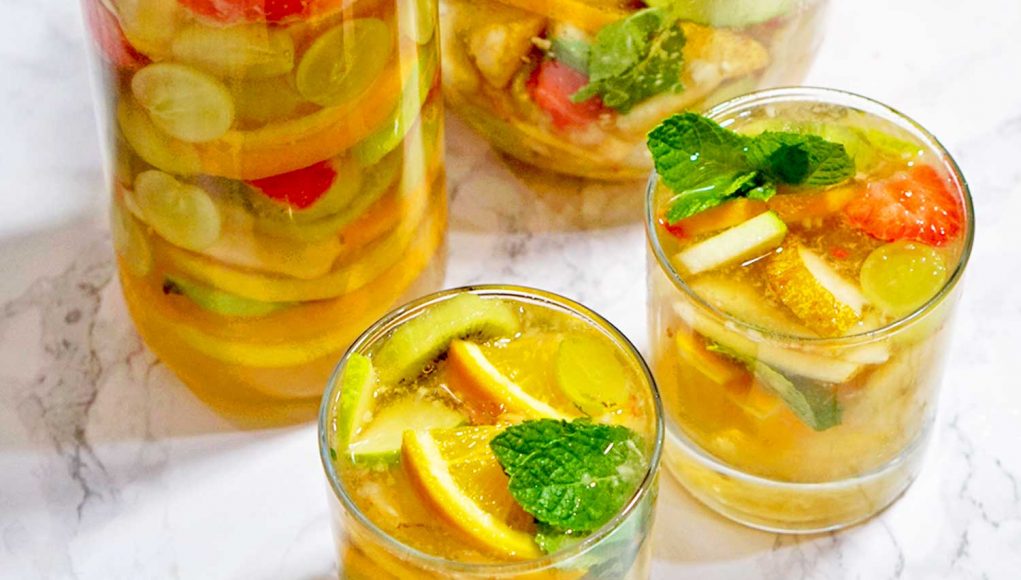 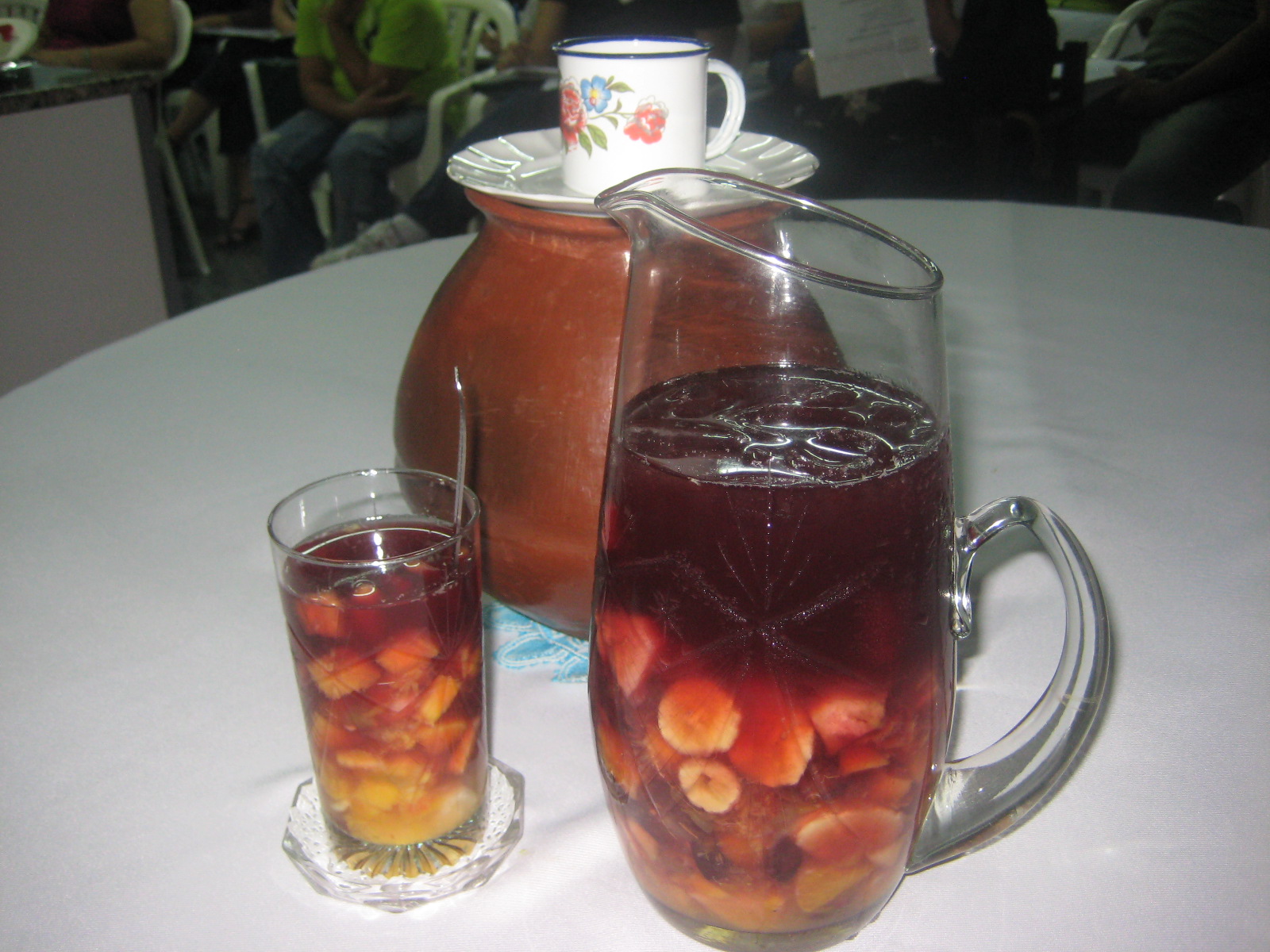 All of Paraguay´s holiday traditions are on display as we enter the month of December. People are making the pilgrimage to Caacupé, setting up their pesebres (nativity scenes), buying fireworks, and preparing the family clericó recipe. Clericó is a sangria-like alcoholic beverage traditionally imbibed on Christmas and New Years. Clericó is made with red wine, chopped up fruit, and at least one of the following: soda (Coca-Cola or fruit flavored), champagne, hard cider (called “cidra”), or fruit juice. As far as the wine goes there is no need to use a chuchiwine – even boxed Uvita will do. When preparing your clericó keep in mind that street vendors and the markets often have nicer fruits than supermarkets and warehouses. Clericó tastes best when it is cold, due in no small part to the December heat. Many people who do not have refrigerators keep clericó cool by storing it in a ceramic jug called a “kambuchí.” Fridge or not, here are four clericó recipes, including a children’s version, to try out, courtesy of Paraguayan food blog Tembi´u Paraguay. They´re just the right Paraguayan style cocktail for celebrating Christmas, New Years, or the fact that you survived the pilgrimage to Caacupé .

December brings with it a display of Paraguayan traditions around the festivities. La Peregrina people Caacupe, gun your crib , buy fireworks, and prepare your favorite clericó. Clericó is an alcoholic drink similar to sangria, traditionally drunk during Christmas and the New Year. The clericó is composed of red wine, chopped fruits, and at least one of the following: soda (either Coca Cola or fruit flavor), champagne, cider, or fruit juice. As for the wine there is no need to use something chuchi – even boxed Uvita works. When preparing your clericó, keep in mind that street vendors and markets tend to have better quality fruit than supermarkets and warehouses. Clerico tastes best when it’s cold, which is undoubtedly due to the intense heat in December. Many people without a refrigerator prepare their cleric in a ceramic jug called “kambuchí” in Guaraní. Whether you have a refrigerator or not, here are four clericó recipes to try, including one for kids, via the Paraguayan food blog Tembi´u Paraguay. Clericó is the perfect Paraguayan drink with which to celebrate Christmas, the New Year, or having survived the pilgrimage to Caacupé .