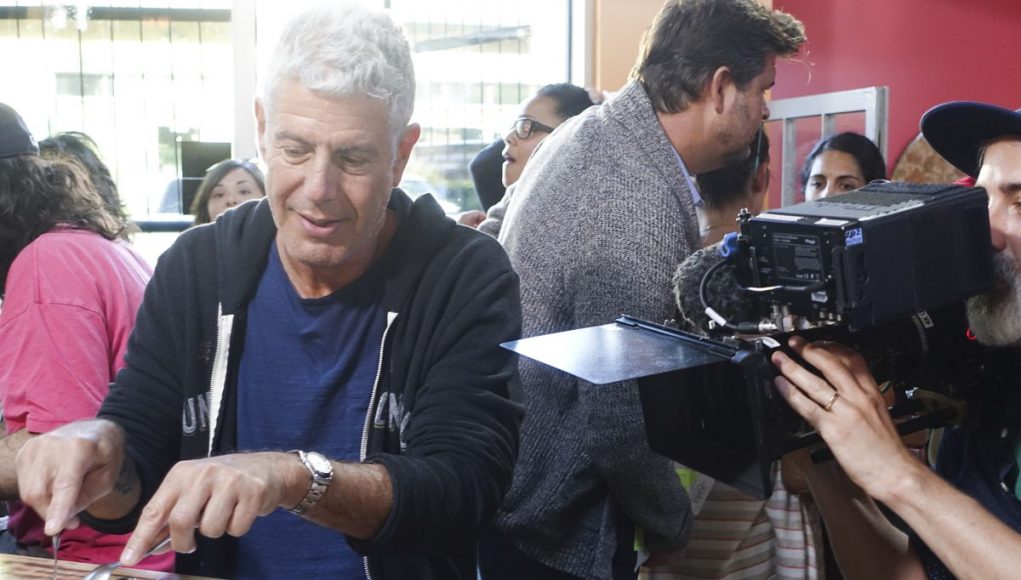 After having to keep it “ñeembegue” (quiet) for a few months I am very happy to announce I will be appearing in next week’s episode of the acclaimed CNN travel and culture show, “Anthony Bourdain: Parts Unknown.” In March I was approached by the “Parts Unknown” team to act as a researcher and field coordinator for their upcoming episode on Paraguay. As you can imagine I was thrilled to help them discover and share with the world Paraguay’s unique culture, history, and of course, our food!

Throughout the shoot Anthony Bourdain and his crew demonstrated a true interest in and enthusiasm for Paraguay. “Parts Unknown” is one of the highest profile travel shows yet to film in Paraguay; I hope Bourdain’s enthusiasm for this unique country proves contagious, both to other television shows and regular tourists. After the episode airs I’ll provide a detailed recap with information about the people, places and food featured (much like my “The Amazing Race” recap ). For now, be sure to tune in on October 12th at 9pm Eastern / Pacific on CNN! And if the episode piques your curiosity about Paraguay check out my guidebook “Paraguay: Other Places Travel Guide,” available on Amazon as well as in Paraguay .

After months of keeping it “ñeembegue” (silent) I am pleased to announce that I will be appearing on the next episode of CNN’s award-winning travel and culture show, “Anthony Bourdain: Parts Unknown.” In March of this year, the production team of “Parts Unknown” hired me to act as investigator and coordinator for the episode they planned to film in Paraguay. As you can well imagine, I was very excited to have the opportunity to help them discover and share with the rest of the world the culture, history, and of course, the gastronomy of Paraguay.

Although Anthony Bourdain is a celebrity chef and professional globetrotter, he has never visited Paraguay before. In addition, the trip had great personal significance, since his great-great-great-great-great-grandfather died in Paraguay. The search for information about his life in Paraguay led us to delve into the fascinating history of this country, and in the process, meet many interesting experts.

Throughout the filming Anthony Bourdain, in addition to his entire team, showed genuine interest and enthusiasm for Paraguay. “Parts Unknown” is one of the highest-profile shows he has filmed in Paraguay to date. I hope that as a result of its broadcast, this episode will inspire both tourists and other productions to venture to Paraguay. After the episode is broadcast I will post a detailed summary with information about the sites, characters and typical dishes that appeared (just as I did for “The Amazing Race”). For now, be sure to tune in to CNN on October 12 at 9pm (Eastern / Pacific in the US – I’m still trying to find out when it will air in Paraguay). And if this episode inspires you to learn more about Paraguay, I suggest purchasing my book “Paraguay: Other Places Travel Guide,” which is for sale on Amazon and also in Paraguay .