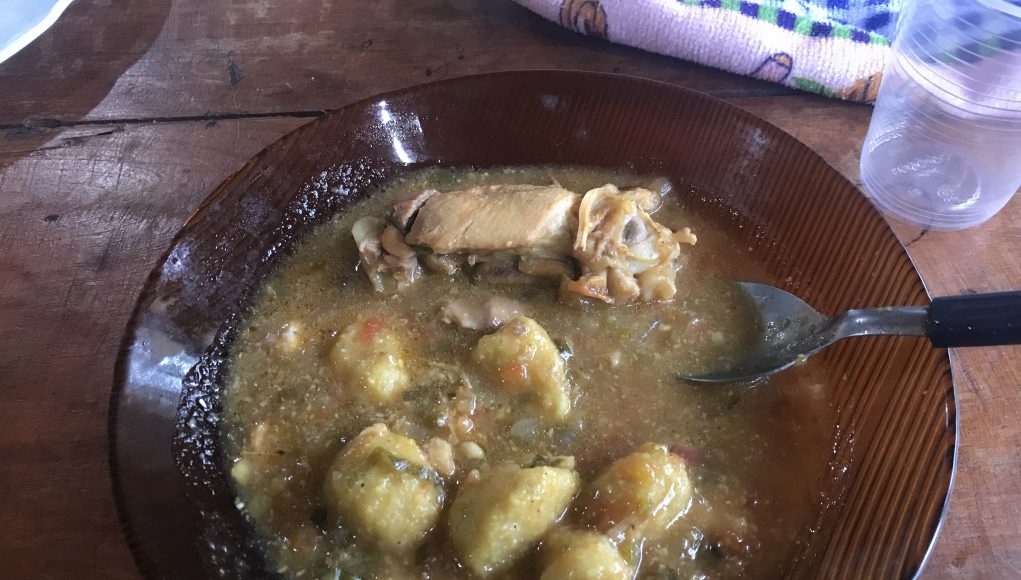 In this first edition of Meet the Mitos we are going to discuss a very timely mito: “Karaí Octubre” “Karaí” means man or sir and is pronounced kah (from karma) rah (a cheerleader’s ra! ra! ra!) í (E from Egypt). Obviously Octubre means October.

A majority of Paraguayans are farmers, in many cases practicing subsistence farming. October is a very difficult month for farmers, especially for those who have failed to plan ahead. Food stores from the last harvest are depleted but the rainy (growing) season has only just begun. It is at this point when Karaí Octubre may pay a visit. He is a mysterious campesino wearing tattered clothes, wide brim straw hat and carrying a whip made of ysypo fibers. Karaí Octubre enters houses and verifies whether families have properly planned for the upcoming month. Those who have not are punished – he may whip them or simply diminish their stores even further by spilling the contents of containers and causing food to spoil. Some also say his disapproval results in a yearlong curse over the family and its crops.

In order to keep the Karaí Octubre at bay a large feast is prepared on the first day of October. Traditionally the main dish is jopará. I have used this word before in the context of language. Jopará is the mixture of Spanish and Guaraní most people in Paraguay speak. Jopará is also the name of a typical Paraguayan slow-cooked dish of beans (porotos) and locro (hominy, not to be confused with a separate dish also named “locro”). This show of abundance is meant to impress the Karaí Octubre and convince him the family in question has adequately prepared for the coming month. If economic conditions do not permit a large feast it is acceptable to simply make a pot of jopará.

It is easy to see how the mito of Karaí Octubre survives to this day as it provides a key lesson for survival as a farmer. Although it clearly originated in the countryside this tradition has migrated to urban areas as well. City folk may go to the mercado (market) or a restaurant to eat jopará on October 1st instead of preparing it at home. In this new setting the myth of Karaí Octubre has morphed slightly – many people believe it is the act of eating jopará itself (rather than having enough food to prepare it) that will protect from Karaí Octubre´s curse. Sometimes neighborhood groups organize parties complete with large quantities of jopará, music and entertainment. I suppose this would keep Karaí Octubre even further at bay since he does not seem like a social sort of guy!

Swine Flu: Tips Before You Travel