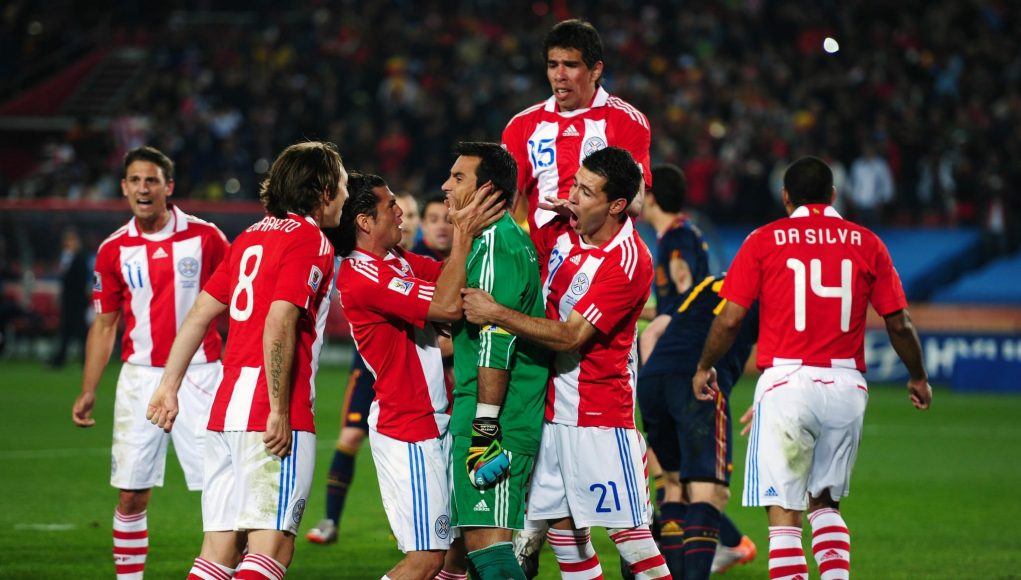 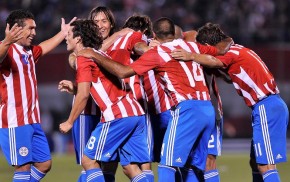 Last night Paraguay´s national soccer team defeated Argentina 1 to 0 in Asunción´s Defensores del Chaco Stadium. Soccer matches in Latin America are taken very seriously, especially when they are played on a national level. This game was even more significant due to the rivalry between Paraguay and Argentina, aluded to at all times by the “barra brava.” The “barra brava” is the section of rabid fans who usually cheer and heckle from behind the goal area. They are in charge (formally or informally, I’m not sure) of chanting along with drums- last night they were silent for only 5 minutes throughout the entire game.

Of course most chants were aimed at the Argentine team including this hilarious gem (no offense meant on my part to Argentine fans, I´m just writing what the “barra brava” sang):

“I´m Paraguayan, I like beer and asado (barbeque), cat-eating kurepa (Argentine), stick the Obelisk up your a **!” Ouch.

With this win Paraguay has officially classified for the 2010 World Cup to be held in South Africa next June and July. Travel agencies in Paraguay are already selling tour packages to cheer on the national team throughout South Africa. If you will be in Paraguay during the World Cup plan on catching a game at a local bar to get a taste of “Mundial Fever.” Today President Lugo gave all public employees the day off on account of last night´s win. Who knows, if Paraguay makes it to the final everyone might get a whole week off!