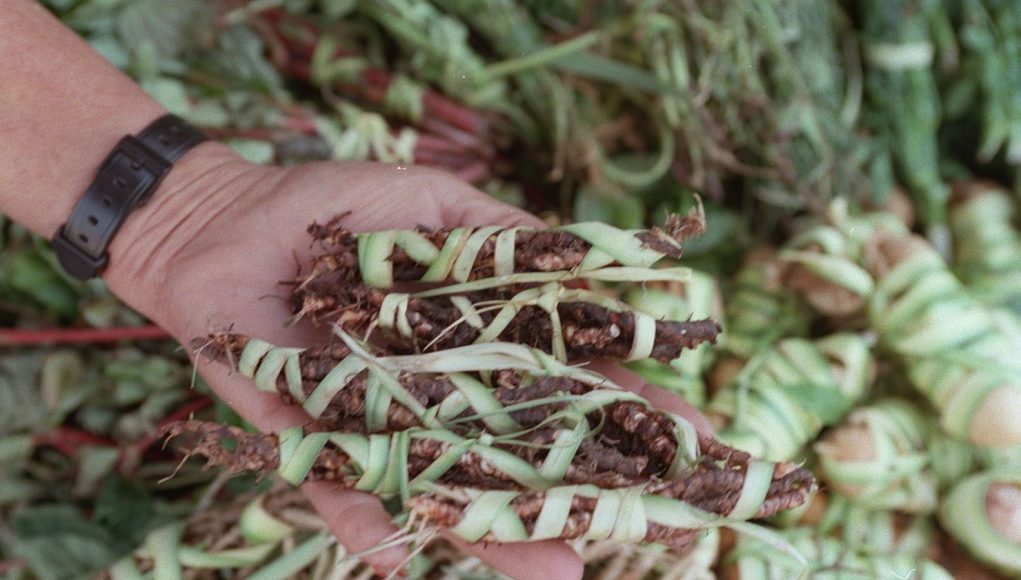 This week I was on the KCRW (Santa Monica, CA´s NPR station) radio show “Good Food” talking with host Evan Kleiman about how yerba mate is consumed in Paraguay. The conversation mostly focused on tereré but we talked about some yerba basics as well. Click on the player above to hear the interview or scroll to the bottom of the post to hear the full show. For those of you who’d rather read than listen I’ve transcribed the interview below. If you want to learn more about other ways Paraguayans consume mate, as well as other specialties of Paraguayan cuisine, then check out my 2009 interview on “Good Food.” 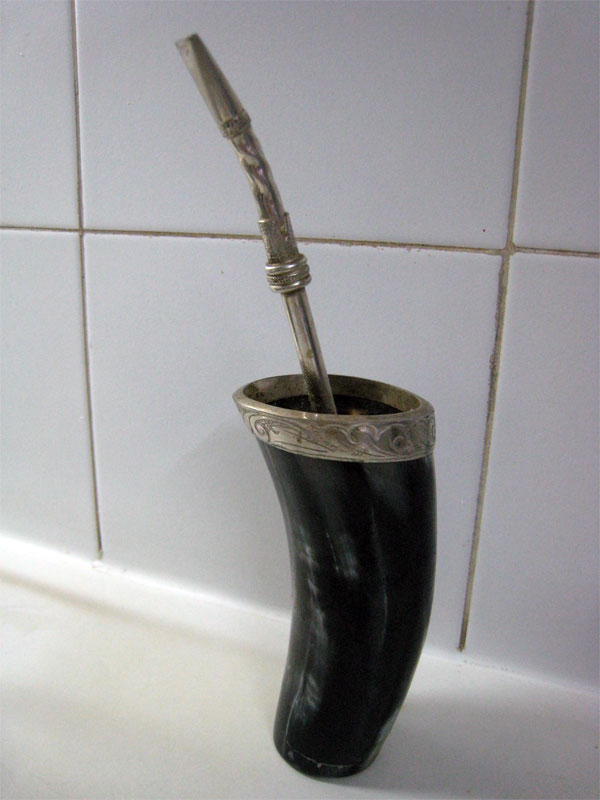 Evan Kleiman: Ground leaves sit in a gourd waiting for water to create a drink that powers much of Paraguay, Uruguay, Argentina and Chile. Yerba mate is starting to make inroads here in the US as consumers embrace it’s incredibly clean buzz. Natalia Goldberg lives in Paraguay where she writes for the online travel guide Discovering Paraguay. She joins us for a look at this popular South American drink.

Natalia: Yerba mate is, it´s actually a part of a bush and its harvested the way, a similar way that tea is harvested, so the leaves are harvested and then their dried and roasted and then ground up and that is sold as a loose tea. And that is consumed in Argentina, Uruguay, some parts of Brazil, and in Paraguay mostly in hot form as mate caliente and also as a type of chai like tea called cocido and in Paraguay in particular it is consumed cold as terere´. 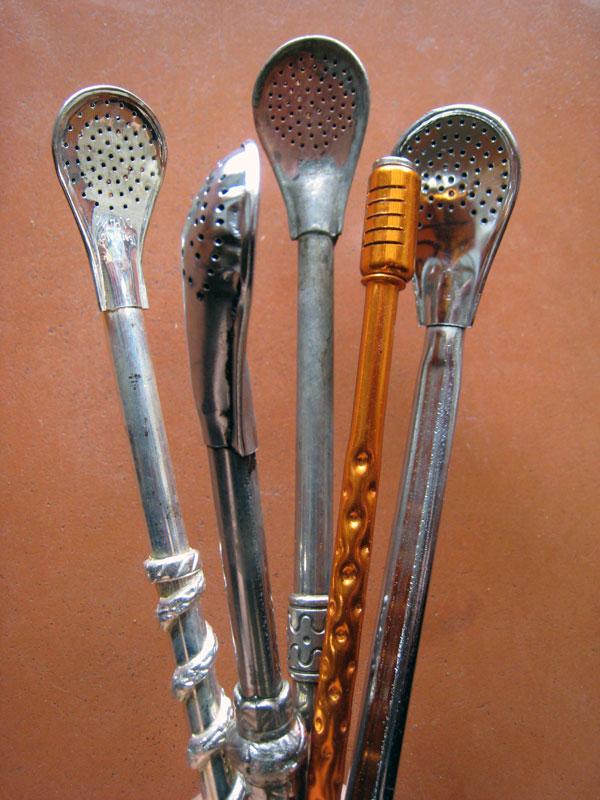 Natalie:Tereré is a Paraguayan way of consuming yerba. As I said it is a very hot country, tropical and subtropical. So people drink hot mate like they do in other countries in the mornings when it’s cool but when it’s getting around 100 degrees, 100 plus and 100 percent humidity you want something to cool you down and so tereré is a way to do that. It functions similarly to the way you would drink hot mate in that you have your recipient, your gourd or for tereré it´s usually a hollowed out bull horn. You pour the loose tea into this cup or gourd directly and then you pour the ice water over it and you strain it through a metal straw called a bombilla that has a strainer at the bottom of it. And often people will add medicinal herbs into their ice water so it´s almost like you´re getting an infusion along with your tereré. 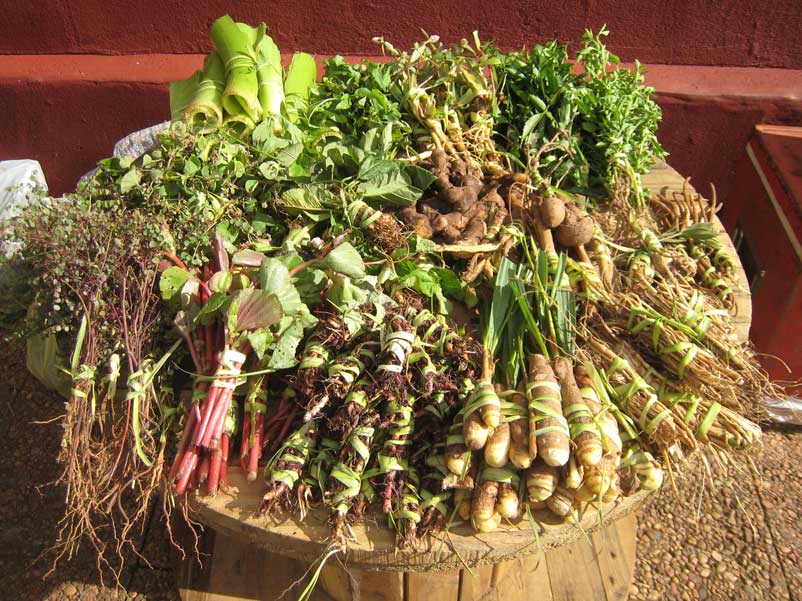 Evan: what medicinal herbs are typically added in the tereré?

Natalia: Well, there´sa number of herbs, some that as Americans we´re familiar with would be mint, thyme, lemongrass, lemon verbena, sage, fennel, and then there are a lot of local plants that I had never seen before . When you see the array that the yuyeras, which is the name for the medicinal herb vendors, when you see the array that they have spread out it looks like they’ve just been foraging in the woods because people use all sorts of different parts of the plant from the roots the leaves to the stems, and so it’s definitely a very wide variety.

People will use them as flavoring agents but also for medicinal purposes, so if you have high blood pressure, or back pain or maybe if you’re tired or even hung over you can ask the vendor, the yuyera to make a suggestion, and she ´ll choose usually up to three yuyos or medicinal herbs and she’ll mash them for you with a mortar and pestle. And then give them to you to put into your tereré or mate water. 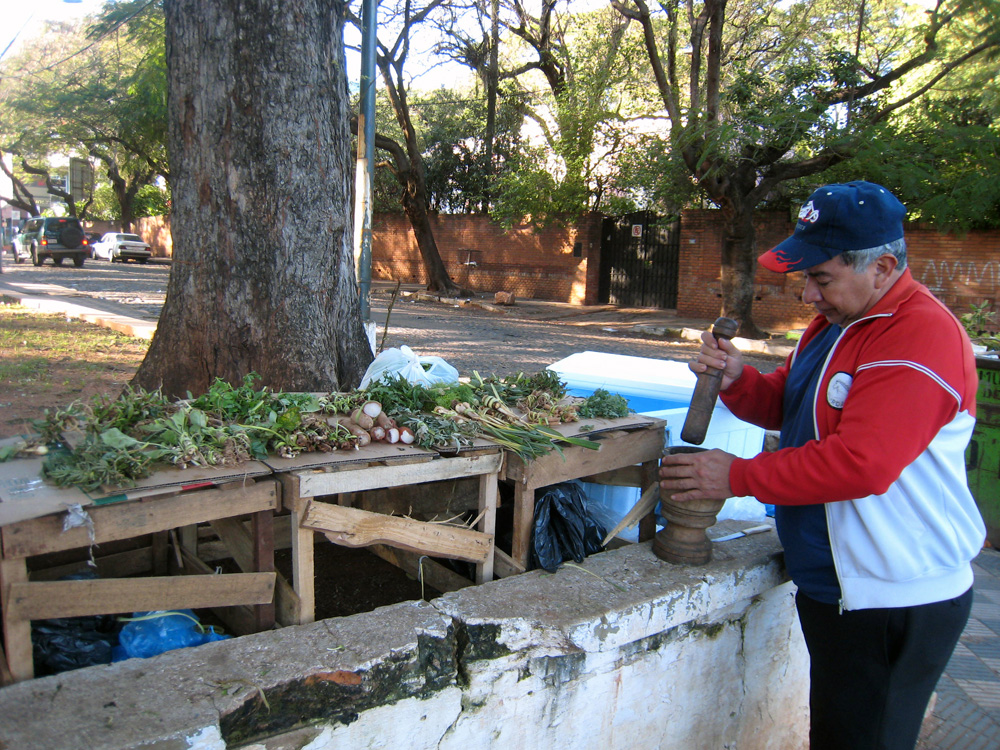 Natalie:Well, nowadays you can sort of do a little of both. It’s becoming more fashionable for coffeehouses to offer mate and tereré services but most of the country will either consume mate or tereré in their homes or they’ll also go out to any number of plazas or in front of businesses like supermarkets and banks there´s usually somebody set up who has all the equipment necessary for you to rent to have a tereré or mate session in the shade of a tree, in a plaza, and they have everything set up, they have all the medicinal herbs you could add to your water, they have the yerba for you to use, they rent you the guampa which is the gourd or the recipient you pour the water into. They also rent you if you’re drinking hot mate they rent you the thermos with hot water and if you’re drinking cold tereré they’ll rent you the thermos with cold water and abig chunk of ice in it . 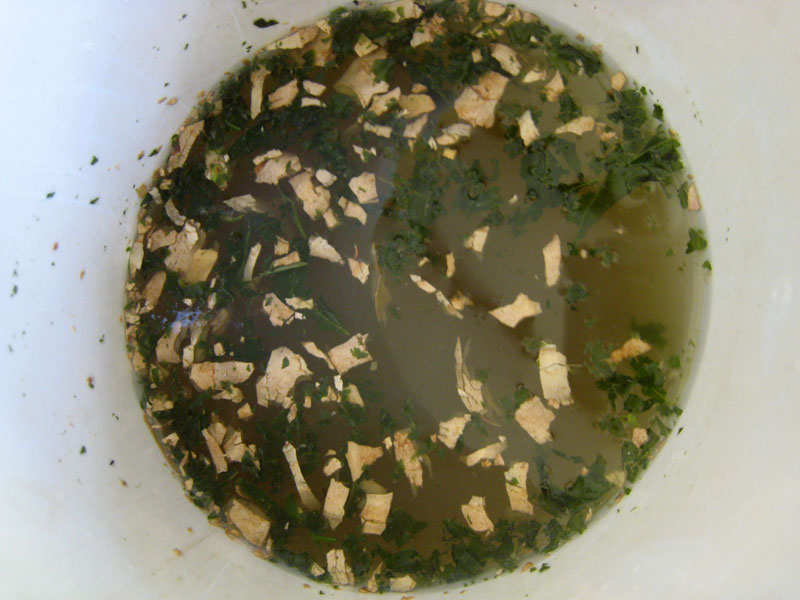 Evan: It’s so interesting that you’re using the word “rent” and “session.” So is this something like akin to like when we drink beer when everybody sits around and takes more than five minutes like you would for a cup of coffee and you’re really just sitting enjoying your tea?

Natalia: Mate and tereré they’re both very social occasions that people partake in. Some people drink along but most people get together with their friends, their coworkers, this is something that is socially acceptable to do at all levels of society in businesses in the government people take tereré breaks regularly throughout the day. It’s so hot here it´sa built in way to deal with the heat but it also has that social aspect. 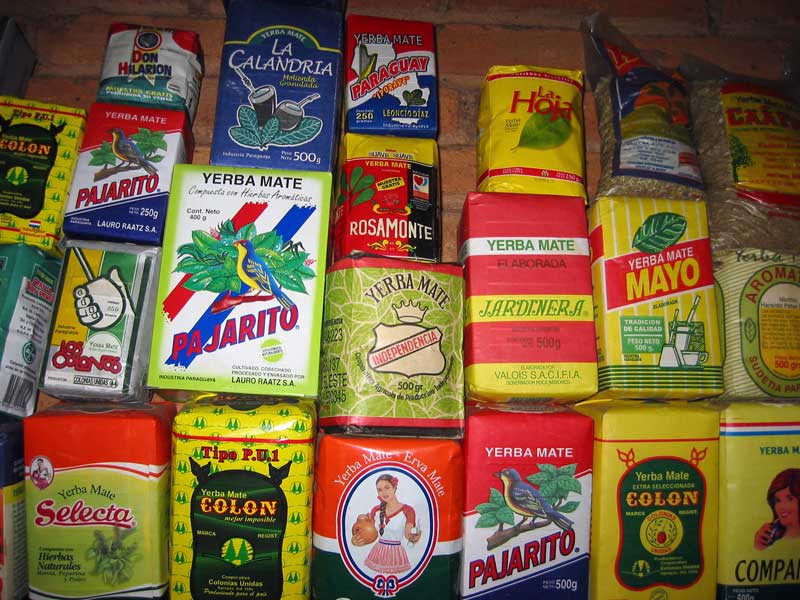 Evan: Describe what the taste of yerba is for people who’ve never had it before.

Natalia: I would say it is definitely a little earthy but more on the astringent and bitter side, especially some of the more popular brands coming out of Argentina and Paraguay tend to be very strong and very bitter but the nice thing is that you can get yerba that is mixed with dried herbs already such as combinations like mint and lemon and those tend to be more mellow but it is an acquired taste.

Evan: That was Natalia Goldberg. She´s been blogging about Paraguay on discoveringparaguay.com and she recently published the Other Places Travel Guidebook to Paraguay.

Shopping For Your Partner? Go Online For Best Anniversary Gift For Her

What is your text message to flatter him or her?